Since we've been talking in this space about the Twitter/Musk deal today, I wanted to flag an interesting development on that front for you.

First, credit where it's due: I wouldn't have heard about this if it wasn't for the very good Opening Arguments podcast. If you're a layperson with any interest in the law at all, you should be listening to Opening Arguments. https://openargs.com/

The Orlando Police Pension Fund holds, among other things, some Twitter stock.

They filed a lawsuit on May 6 in Delaware Chancery Court that includes among its defendants both Twitter and Elon Musk.

You can read the entire complaint here: https://www.documentcloud.org/documents/21910666-050622-del-ch-orlando-police-pension-fund-v-twitter-inc-et-al-complaint

If you are the kind of nerd who finds arcane points of law interesting, you are going to LOVE this complaint. Because it is wielding a real Buster Sword of legal arcana.

Let's start at the beginning. The suit was filed in Delaware because Twitter, like many corporations, is incorporated in Delaware. Businesses like to incorporate in Delaware, because the state has exceptionally business-friendly laws. It also has the Delaware Court of Chancery, an unusual kind of high court that focuses on handling corporate disputes. https://courts.delaware.gov/Chancery/

Now, if you incorporate your business in Delaware, that means it has to follow Delaware's corporation laws. Which, as previously noted, are quite generous and friendly to corporations.

The Orlando Police Pension Fund alleges that Elon Musk, as a shareholder of Twitter, broke one of those laws; and that Twitter, by agreeing to the deal Musk broke that law to put together, broke another one.

You and I can have the opinion that Elon Musk and Twitter broke a law and it means nothing, of course. But we're not Twitter shareholders. The Orlando Police Pension Fund IS a Twitter shareholder, which gives them "standing" to file suit against Twitter in the Court of Chancery. https://en.wikipedia.org/wiki/Standing_(law)

The laws Musk and Twitter are alleged to have broken are found in Section 203 of the Delaware Corporation Code: https://codes.findlaw.com/de/title-8-corporations/de-code-sect-8-203.html

Now, this raises an immediate question: what the hell is an "interested stockholder," exactly?

Helpfully, Section 203 defines that term a little further down. There's a LOT of words here, so I will summarize: an "interested stockholder" is one who owns at least 15% of a company's outstanding stock.

"OK," I hear you saying. "But Elon Musk only bought something like 9% of Twitter's outstanding stock before he and Twitter cut a deal that required him to stop buying, right? So how does that make him an interested shareholder?"

First, allow me to congratulate you on your fine memory! Musk did indeed open his campaign to acquire Twitter by buying 9.2% of the company's stock (https://www.cnbc.com/2022/04/05/elon-musks-9percent-stake-in-twitter-and-board-seat-heres-what-it-means.html). The deal he cut with the company that gave him a board seat (which eventually mutated into the deal to buy the whole company) did indeed require him not to buy any more. And there's no reason to believe he hasn't followed it.

So what's the deal here? Why are we even having this conversation, if he doesn't have enough stock to be an "interested shareholder"?

This is where the complaint gets interesting.

See, an "interested shareholder" is one who owns at least 15% of the company's stock.

BUT -- take my hand here, this is where things get tricky -- Section 203 has ITS OWN DEFINITIONS of the words "own," "owner" and "owned," which ONLY apply in the context of that section.

And they do not necessarily line up 100% with what you and I mean when we use those words.

Below is the complete text of how Section 203 defines ownership. It says there are three different ways a person or entity can "own" stock.

The first is the common-sense definition: they bought it.

The second and third go further, though. For this conversation, we want to focus on the third one. It says that:

1. If there is some other party that ALSO owns some stock in the company, and

2. You come to an "agreement, arrangement or understanding" with that party where they agree to let you tell them how to vote their shares, then

3. As far as Section 203 is concerned, YOU OWN THOSE SHARES. Even if you never purchased them and no money ever changes hands, because your agreement lets you ACT as if you own them.

In other words, they count towards that 15% that makes you an "interested shareholder."

And this is the hammer the Orlando Police Pension Fund takes up in their complaint.

Yes, they acknowledge, Elon Musk only personally owns less than 10% of Twitter.

BUT, they say, there are two other relevant parties involved on his end of the deal. One is Morgan Stanley, the bank that has led his fundraising for it; they own 8.8% of Twitter's outstanding stock. And the other is former Twitter CEO Jack Dorsey, who's been advising Musk; he owns 2.4%.

These other parties' involvement in the takeover bid, the complaint says, mean that the other parties have reached an "agreement, arrangement or understanding" with Musk to vote their shares his way.

Which means that, as far as Section 203 is concerned, Musk owns THEIR shares, too.

(Actually, the complaint says Musk holds 9.6% of the stock, not 9.2%. I'm not sure where the extra .4% comes from. But for our purposes it doesn't matter, because even if you take the lower figure you still end up over 15%.)

So let's assume that they're right, that Musk actually IS an "interested shareholder." So what?

Well, Section 203 has a pretty specific rule about deals between a company and an "interested shareholder." We cited it way up above, but that was a lot of words ago, so let's review it again.

In other words: Musk and Twitter could still, eventually, do the deal. But because Musk only became an "interested stockholder" this year, they couldn't legally CLOSE on it until the year 2025.

Section 203 does outline one way the deal could go ahead without having to wait three years. The company's stockholders can vote to allow it.

But this would be an incredibly difficult vote to win, because:

1) The only shares that can be voted are ones NOT OWNED by the interested stockholder (in the expansive definition of "owned" outlined above); and

2) The deal has to be approved by at least 66⅔% of the shares that CAN be voted.

So: none of the shares Musk & co. own could be used to win the vote, AND he'd have to convince the owners of two-thirds of the remaining shares to let the deal go forward.

Impossible to achieve? Nah. But it's certainly not EASY to achieve; and it won't get any easier the longer he spends trash-talking the company to drive the stock price down.

Right now, of course, this is all just a legal complaint. We'll have to see if the Delaware Court of Chancery agrees with it that Morgan Stanley and Jack Dorsey are sufficiently tied into Musk's plans to make him the effective owner of their shares.

But like I told you at the start -- if you like arguments that turn on fine points of law, it's hard not to appreciate this one. Because this is as fine as they come. 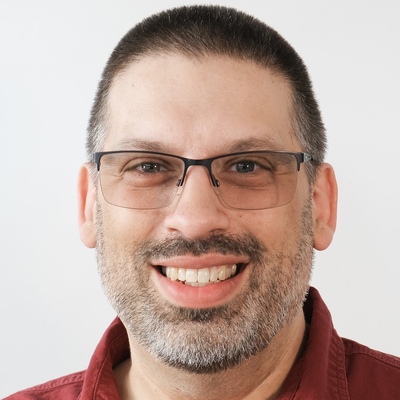 @jalefkowit it will be interesting to see if Elon Musk is above the law here.